How (and Why) to Get Lost in Venice 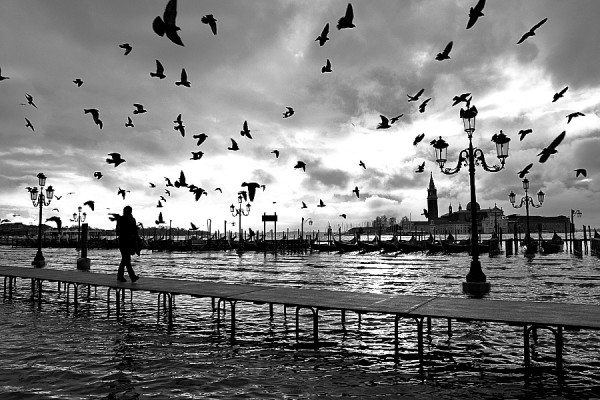 Reading about Venice means hearing the same sorts of things over and over again. The unique city has inspired writers for generations, but it’s hard (if not impossible) these days to say anything about Venice that hasn’t already been said. One of the bits of advice that is often repeated, including on this very site, is that when you’re in Venice it’s important to get lost.

Which sounds, I admit, like weird advice. Not very helpful advice, even. Getting lost is something tourists have been doing quite well on their own, without instruction, for eons, right? So why is it such common – and sound – advice for travelers in Venice?

What it comes down to is this:

There’s a difference between “taking wrong turns” and “getting lost.” And it’s a really important difference in Venice.

There is this wonderful scene at the end of the film “The Sheltering Sky” when Debra Winger’s character meets a man in a bar in Tangier after finally getting away from her captors in the desert. She’s been in the desert long enough that it has become a part of her. When he asks her, “Are you lost?” She replies with a breathy, “Yes,” smiling the entire time.

That is not the kind of lost tourists get on the way from the train station to the hotel while schlepping luggage. That is the kind of lost you can get if you allow yourself to forget there’s a world beyond what’s right in front of you and let the world you can see envelop you. Completely.

It’s a seductive thing, getting lost in Venice.

I have, on more than one occasion, thought that if I ever wanted to lose myself entirely that I would move to Venice. I have this feeling that I could forget my name there, and that it wouldn’t bother me. I don’t think you need to move to Venice to feel its pull, but I do think you need to open yourself to the possibility. And in order to do that, in order to properly imagine what it might be like to lose yourself, you’ve got to get lost in Venice.

Here is how you do that.

Want to know what might be on a checklist in the canal city? Here are my suggestions for what to do in Venice.

Spend at Least One Night 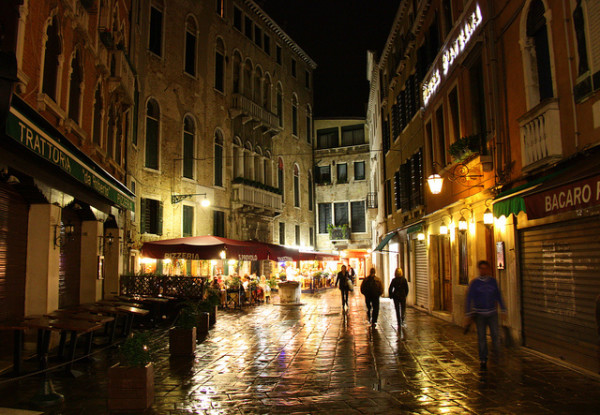 It’s not impossible for day-trippers to feel the allure of getting truly lost in Venice, but it’s much harder to give into the experience if you’re always thinking about getting back to the train station or your cruise ship in time. Spend at least one night – more, if possible – on the islands themselves, not the Venetian mainland.

This is, to my mind, imperative.

Put Away the Map 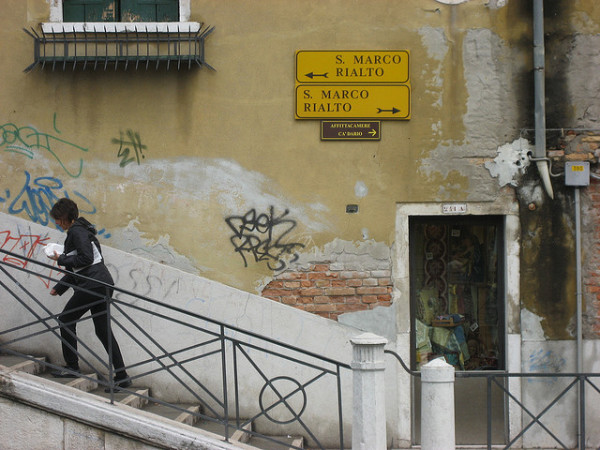 Venice, like any city in the world, has a system of street addresses. They are, however, almost totally useless unless you know the city like a local does. A street address in Venice typically constitutes a number and the name of the sestiere – not a street name.

In other words, there’s very little point to having a map in Venice at all.

Once you’re on the islands, it’s literally (and I don’t throw that word around lightly) impossible for you to get so lost that you’re stuck. You’ll eventually meet water and turn around, after all. Plus, there are directional signs everywhere in Venice – pointing you this way to San Marco, that way to Rialto – which is yet another reason to not bother with a map.

The best part, though, is that by not consulting a map you’re much more apt to stumble upon things you’ll think of as “discoveries” or “hidden gems.” When you find the places in Venice that make you think they exist solely for you, the city has found its way into your heart.

Don’t Look at the Clock 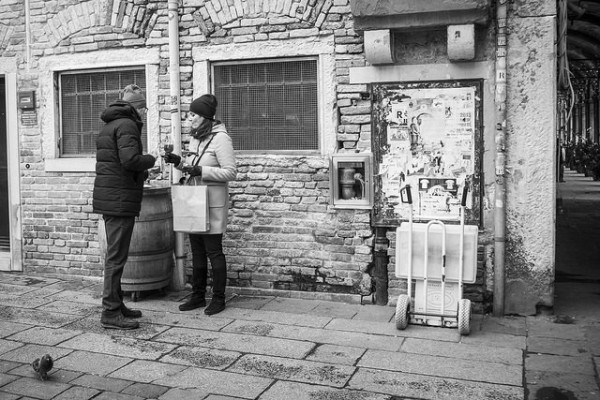 I know time is precious on vacation, especially for my fellow Americans who have so very little of it to begin with (and, tragically, use even less). Venice, however, gives you the perfect opportunity to spend a relaxing agenda-free day in Italy without the fear that you’re “missing something.” With a minimum of two days in Venice, you’ll be able to check many, many things off your to-do list (if you have one) while still moving at a meandering pace, leaving oodles of time for aimless “get lost” wandering.

Get up when you wake up. Eat when you’re hungry. Sleep when you’re tired. And, for the rest of the day, wander without purpose. It’s a tiny piece of bliss that only children on summer break and retired people usually experience on a daily basis. Relish it.

(This will, by the way, be basically impossible if you’re just in Venice on a day trip, hence my earlier point about spending at least a night in Venice.)

Leave the Crowd Behind 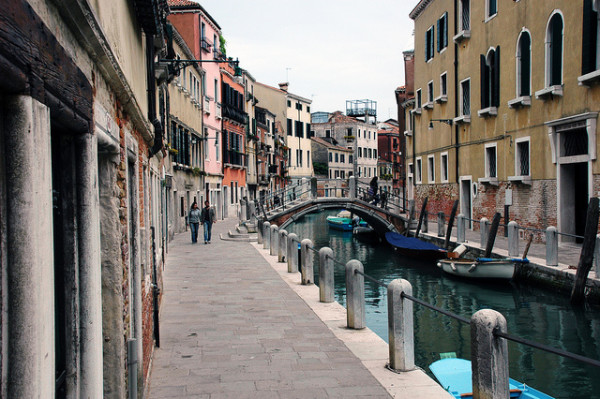 Venice is never not crowded. Even in what can be called the city’s “low season,” it’s still pretty busy – especially since one of Venice’s major festivals, Carnevale, takes place during the winter. Consequently, this bit of advice might seem hard to follow.

But you’d be amazed.

Most travelers walk along one or two major arterials from the train station or cruise port to the Rialto Bridge and St. Mark’s Square and then back again. And – astonishingly – that’s about it. Walking away from those streets in any direction (well, I mean, so long as you don’t walk into a canal) can deliver you into almost empty squares, where you can barely hear the hum of the crowd a few blocks away.

The first time I put this to the test, it was early June, peak summer tourist season, and I figured my beloved quiet corners of Venice would be busy. But even in early June, on a perfectly sunny summer day when loads of people were streaming out of the train station just like me, all it took was the distance of a block or two (or the Venetian equivalent) before I was alone. Utterly alone, not hyperbolic alone.

I’ll say it again – if you’re on a limited schedule, then getting away from the well-beaten path feels dangerous. You don’t think you have time for such nonsense. With the luxury of 36-48 hours, you’ve got plenty of time to find your own quiet corner of Venice, one about which you’ll reminisce for years to come.

Venice’s population – people who actually live and work in the city – has been dwindling steadily for decades. Venetians are priced out of their own homes by foreign investors scooping up dilapidated palazzi that they renovate into vacation rentals. You’ll walk around Venice and hear languages from every corner of the planet.

And yet? People do still live in Venice. Which means they need to do the things that every normal person who lives in a place needs to do in their town. They go grocery shopping, they buy nuts and bolts at the hardware store, they drop letters in the mail, they take out the trash, and they call the fire department. They live life.

So, one excellent way to go about getting lost in Venice is to turn it into a bit of a scavenger hunt. Find a supermarket in Venice. Find a hardware store. Be on the lookout for the fire department and police boats (because of course they’re boats in Venice). The locals can’t help but cross paths with tourists every day, but there are some places where tourists will rarely (if ever) need to go. Find those places.

An extension of this tip is that restaurants full of Italian speakers (or Venetian speakers, if you can spot the difference) are typically less touristy, so if you see the cafes and restaurants frequented by locals, you know you’re onto something.

2 responses to “How (and Why) to Get Lost in Venice”