The theme for the Italy Roundtable this month is HOME, likely in part because this is the period each year when so many people head home for the holidays to spend time with family.

I’ll be doing the same thing, and I hope you all have a safe and happy holiday season, but this month I’m thinking more about people who were in such desperate conditions that leaving the only home they had ever known seemed like the best option.

If you’re so inclined to make donations at this time of year:
International Committee of the Red Cross: Syria Crisis Appeal

The ideas of “home” and “family” are central to Italian identity. An Italian will ask you where you’re from almost immediately upon meeting you, but may never get around to asking what you do for a living in that first conversation. Where you’re from, what region informs your cultural (and culinary) assumptions, tells Italians more about one another than any other single piece of information possibly could.

So you know it has to be something major to prompt millions of Italians to leave their home in waves, on and off, for more than a century. 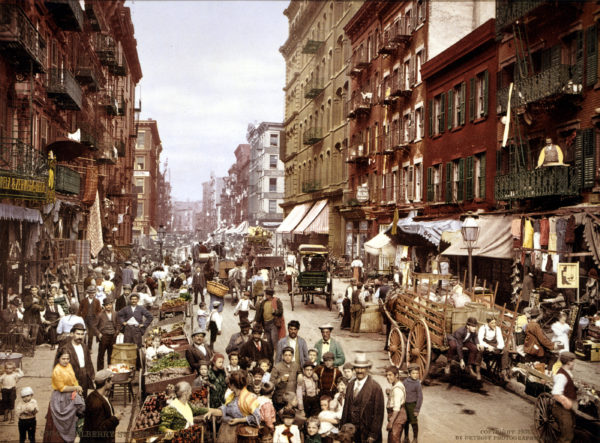 Little Italy in New York’s Lower East Side, circa 1900 (US Library of Congress)

Giuseppe Garibaldi is everywhere in Italy.

He’s got buildings, streets, and squares all over the country named after him. He was one of the central figures of the fight for Italian unification in the 19th century, the fight that pushed us toward the Italy we know today, and is revered for it. Likewise, the first king of a unified Italy, Vittorio Emanuele II, is a grand figure in Italian history whose name adorns a gorgeous shopping arcade in Milan and enormous monument in Rome (among many other things).

Italian unification is held up on a pedestal, it seems, along with the people who fought for it. And yet the history of unification – and the legacy of it – is messy. Specifically for the topic of this article, it triggered the start of the Italian Diaspora.

The first major migration of Italians in what would become the first phase of the Italian Diaspora began not long after unification in 1861. From that point until 1900, roughly seven million Italians left their homes. The overwhelming reason for the mass departure was grinding poverty, particularly for farmers for whom the redistribution of land after unification meant they no longer had plots large enough to eke out a living.

The second wave of the Italian Diaspora is said to have been between 1900 and the start of World War I in 1914 (though I’m not sure why 1861-1914 is split into two parts). This period saw about nine million more Italians leaving for other countries. The start of the war slowed emigration to almost nothing, but after World War I it started up again until Italy’s fascist government put laws in place to keep Italians from leaving.

The third wave of mass migration spans from just after the end of World War II until about the 1970s. Estimates today are that just under 30 million Italians left Italy from about 1861-1985.

Overall, most of the people leaving Italy were from the south (including Sicily), an area disproportionately impacted by the post-unification economy, though during the first migration wave the vast majority of the emigrants were from the north. Still, today when you meet someone of Italian descent who grew up outside Italy chances are very good their family connections are with the south. In the United States, for instance, 84% of Italian Americans came originally from southern Italy and Sicily. Italian Americans are about 5.4% of the U.S. population by 2013 numbers, the seventh-largest ethnic group in the country. 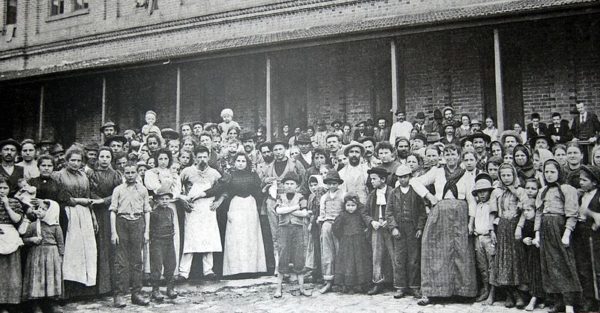 As is the case with any culture that went through a mass migration, people of Italian descent are scattered all over the world. Not only that, Italy is one of the countries that permits dual citizenship and has had a declining birthrate for many years. All of this means that genealogy research and tracing one’s family roots back to Italy is popular, and that Italy encourages its descendants to “come home.”

If you’re fortunate enough to have Italian roots (says the girl who is not), you can do some of the genealogy research on your own online. A quick search of “Italian genealogy research” returns plenty of websites offering tips and help in finding your Italian ancestors. This is all made easier if you have names, dates, and any historic records, of course.

If you’d rather let an expert handle the details, there are two companies run by friends of mine who can both help you find out about your Italian family history and put together a “heritage tour” so you can visit an ancestral town and (if any are still around) meet your relatives. ItalyMONDO! works with the whole country, while My Bella Vita Travel focuses solely on southern Italy (from which the majority of emigrants departed).

And if you’re diligent, you might even be able to get your very own Italian passport out of the deal. Color me very, very envious. 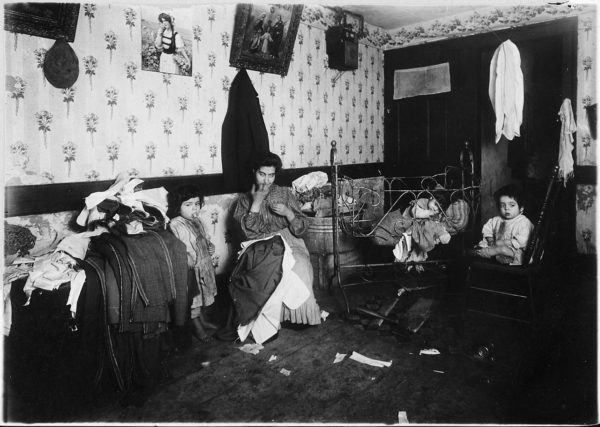 Italian immigrant in New York City working in her home, circa 1912 (US National Archives)

In case it’s not abundantly clear already, I am not Italian – merely a wannabe. So I love hearing stories of people with Italian ancestry heading “home,” so to speak, to walk the streets forefathers walked, see the church where grandparents were married, or even meet distant cousins who bear a striking resemblance to one of your parents. It’s heady stuff, and I highly recommend it.

So, what about those of us for whom Italy is not – and never was – home? Fear not, friends, there’s room for us, too.

I love the experience of traveling someplace new, only to find that I breathe easier than I expected to or feel more relaxed than I thought I might. It’s the feeling of walking into a stranger’s house and yet somehow knowing precisely what cabinet contains the flour or frying pans. There’s no reason it should, but it feels like home.

That’s been the case in Italy for me more times than I can count, and the Italians themselves have been a big part of that. Make even a small effort to learn the Italian language and you’ll be complimented as if you’re fluent. Praise a chef’s cooking and you might just be rewarded with a free sample or two of something else. Be kind, be friendly, be engaged and I’m willing to bet that you, too, will be invited into the country with open arms.

The Italians have, by and large, made me feel like long-lost family, and for that I will always be thankful.

It’s kind of old home week at the Roundtable, isn’t it? Click along with me through to the following links to read each of their posts – and please leave comments, share them with your friends, and tune in next month for another Italy Blogging Roundtable topic!