Six years ago this month, the Italy Roundtable was born. At the time, the goal (for me) was partly to introduce a different sort of writing to my (old) blog – and partly to endear myself to Italy writers with whom I thought it was beneficial to have ties. Little did I know then what strong ties those would become.

When you guys read any of our articles, you don’t see the chatter that goes on behind the scenes as we hash out topic ideas (including how in the hell to handle certain topics), discuss the meanings of various words, bolster one another, and chiacchierare. This is a group of smart, strong, funny, clever women I am privileged to know.

So, for this month’s Italy Roundtable theme of FRIENDSHIP, I’m sending a big virtual hug to Alexandra, Georgette, Gloria, Kate, Laura, Melanie, Michelle, and Rebecca. Maybe y’all didn’t know what you were getting into when you signed on all those years ago, though I’m so glad you said yes. Baci, amiche.

And I’m also talking about terms of endearment. Because some of them are freaking adorable. 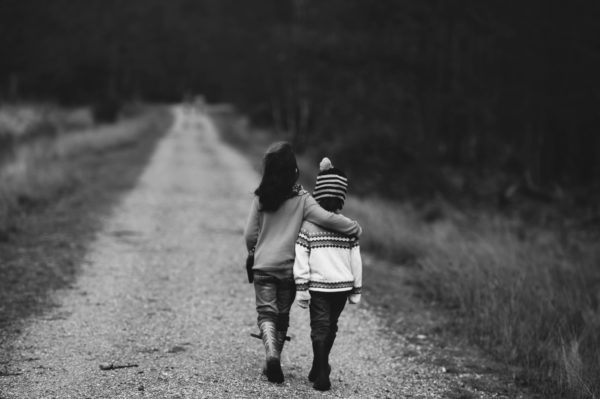 The simplest Italian translation of the English word, “friend,” is “amico” for a male and “amica” for a female. A good friend is a “buon amico” (buon amica) or “grande amico” (grande amica), your best friend is your “migliore amico” (migliore amica), and a close friend is an “amico intimo” (amica intima). “Friendly” translates as “amichevole” and “friendship” is “amicizia” (a feminine word no matter who’s talking).

As colorful as Italian is, though, the language is replete with many more words than can indicate friendship or love. Some of them are cute in either Italian or English, while others would likely be considered insults if translated into English.

Here is an assortment of some of my favorite Italian terms of endearment, which you may hear in Italy. When applicable, the masculine and feminine versions of each term are listed – masculine first, then feminine.

Which ones have you heard or used before? Which might you start using now?

KAH|roh, KAH|rah
dear, expensive, costly
The word “caro” or “cara” is one of the most common terms of endearment. It means “dear,” and you’ll hear it paired with other words – “caro amico,” for instance, or even “caro mio” for “my dear” – or used all by itself. Incidentally, the word “caro” also means “expensive,” in the same sense that in old-fashioned English we might say something that is too costly is “too dear.”

teh|ZOH|roh
treasure, fortune
“Tesoro” is a very popular term of endearment for a loved one, particularly someone with whom you’re in a romantic relationship. It means “treasure,” and is one of the few that remains masculine no matter who is being addressed. It also literally means treasure (as in the thing pirates have), wealth, fortune, or riches. The word “tesoro” can also be used to describe an artistic masterpiece.

MEE|moh, MEE|mah
little boy/girl (diminutive)
You may know the word “bambino,” which means little boy. “Mimmo” is the diminutive form of “bambino,” and is primarily used by parents and other adults directed at young children. It’s most closely associated with the Tuscan dialect, but you may hear it elsewhere in Italy, too. “Mimmo” is also a nickname for a number of Italian male first names.

KOO|cho|loh, KOO|cho|lah
puppy, rookie
Another term that’s often used by parents about children is “cucciolo,” which literally means “puppy.” (Similarly, “gattino/a” – meaning “kitten” – is also sometimes used in this way.) It can also be used to denote someone without much experience, the same way we might call the new guy a “rookie” until he had proven himself on the job.

pass|eh|ROHT|toh, pass|eh|ROHT|tah
baby sparrow
The Italian word for a sparrow is “passero,” and the diminutive suffix “-otto” is added for a “baby sparrow.” Here, again, is a word parents often use with/about their children (in fact, the plural form, “passerotti,” can be used in place of “the children” among friends). It’s also a word used between sweethearts. (Unrelated, I loved that one of the suggested English translations for “passerotto” on WordReference.com is “lambkin.” Pretty sure I haven’t heard that one in a good long while. Who wants to help me bring it back?)

toh|poh|LEE|noh, toh|poh|LEE|nah
little mouse, Mickey Mouse
No doubt you’re seeing the trend here, of diminutive versions of other Italian words being used as terms of endearment, and this one is no different. “Topo” means “mouse,” so “topolino” means “little mouse.” It’s also mainly a parent-to-child term. Those of you who recall my contribution to last month’s Italy Roundtable about the word FOREIGN may also remember that the word “topolino” was assigned to Mickey Mouse in the 1930s. That nickname stuck, and although there have been plenty of English words adopted into the Italian language today, Mickey Mouse is still called Topolino in Italy.

frah|goh|LEE|nah
little strawberry
Moving on from small animals, we come to small food with “fragolina.” “Fragola,” as you may know from my article about Italian gelato flavors, means “strawberry.” A “fragolina” is a “little strawberry.” And while most of the Italian language defaults to the masculine (in a chauvinistic turn that mimics the culture itself), in this case the default is feminine. My guess is that means you won’t hear many little boys referred to as “fragolina” by mom or dad, but perhaps there are some forward-thinking, boundary-breaking Italian parents out there. In addition to being used in parent-child relationships, this one might also be used between couples in love.

pah|tah|TEE|noh, pah|tah|TEE|nah
little potato, French fry, potato chip
This one reminds me of the French, “mon petit chou,” a common endearment that literally translates to, “my little cabbage.” The Italian word “patata” means “potato,” so calling someone a “patatino” or “patatina” is calling them your “little potato.” As with so many things, it sounds better in Italian, doesn’t it? “Patatina” is also the word in Italy for a French fry or potato chip. I should also mention that apparently “patatina” has a more vulgar connotation (think, “grab ’em by the…,” or those pink cat-ear hats millions of American women have been knitting), which would probably be clear from the context, but you might want to be careful about how you use it.

pohl|PEHT|toh
meatball
Lest you go on thinking that all adorable food words were leaving beloved grown men out, I’m here to reward you with the final entry on this list – “polpetto.” Now, the word “polpetta” (the feminine version) means “meatball,” which – yes – Italians do eat, just not on top of spaghetti. When you use the masculine version of the word, however, it’s a term of endearment for a man. I don’t think it’s a direct correlation with “meathead,” though.

Check out what my amiche are talking about this month! Click along with me through to the following links to read each of their posts – and please leave comments, share them with your friends, and tune in next month for another Italy Blogging Roundtable topic!