Italy is made up of 20 regions, each with distinctive characteristics. Here, you’ll get an overview of Calabria to get you started on planning a Calabria trip.

Way down at the tip of southern Italy is Calabria, the toe of the boot kicking Sicily ever-so-slightly into the Mediterranean.

This is a region surrounded on almost all sides by water, and its beaches are one of the main draws – they can get really, really crowded during the summer. There’s more to Calabria than beaches, however, including some tall mountains and fascinating history. 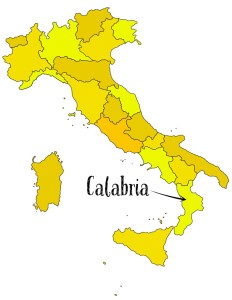 Like much of southern Italy, Calabria is both quite mountainous and a popular beach destination in summer. There are peaks from three different mountain ranges in the region, plus lots of hilly areas between those and the beaches.

Cities and major beach resort towns asides, Calabria is tricky to get around in without a car. You can’t rely on trains beyond the main cities, and to see some of the prettiest beach towns you’ll need to rent a car.

And speaking of pretty beach towns, I’m not sure there’s a more photogenic one than Tropea. Most of Calabria’s beaches are packed in the summer, mainly with Italians and other Europeans. Some of the mountains draw skiers in the winter, too, while the city of Reggio Calabria is home to the 5th century BCE Riace bronzes (wonderfully well-preserved Greek bronze statues) in the National Museum of Magna Grecia.

Calabria is a region for nature enthusiasts, beach lovers, history buffs, and anyone who just likes getting away from the madding crowds in the north.