Italy Roundtable: The 5 Letters of the Alphabet Banned by Mussolini

I am an outsider in Italy. I may look the part, thanks to my Jewish ancestry, but I don’t have a drop of Italian blood in my family tree (sadface). But since so much of the world – Italy included – is increasingly a melting pot these days, it didn’t make sense to focus on my own outside status for this month’s Italy Roundtable topic of FOREIGN.

I think etymology is fascinating, but looking at alphabets takes me back one step before words. When I first learned that the Italian alphabet didn’t have the same number of letters as the alphabet I grew up singing, I was intrigued. But it wasn’t until I sat down to write this article that I really dug into some of the history. I found it pretty interesting. I hope you do, too. 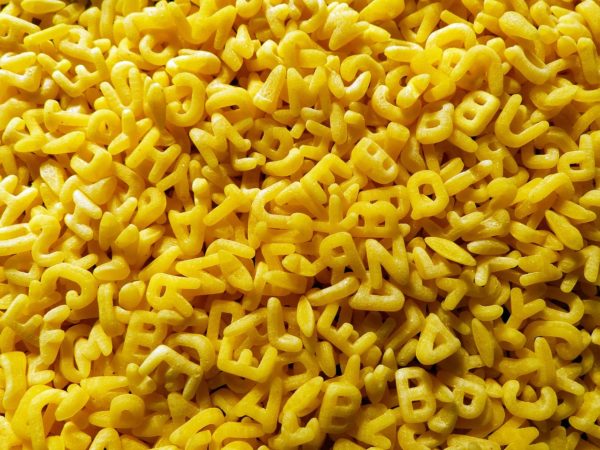 Here’s a thing that my Italian language students always treated as good news – there are only 21 letters in the Italian alphabet. The remaining five that we use in the English alphabet aren’t unknown in Italy, but they’re almost always used for what are called “loanwords” – words of foreign origin that Italians have co-opted, like “yogurt,” “jeans,” or “webcam.”

Here’s another thing about those five letters, the ones that don’t appear in the official Italian alphabet – they were effectively banned by Mussolini in 1929.

But let me back up a minute. 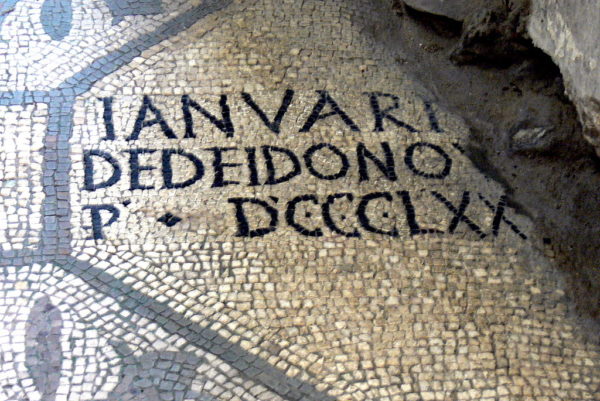 Italian is a direct descendent of Latin. Depending on who you ask, it may be the closest living Romance language to Latin. The ancient Latin alphabet was taken from the Etruscan alphabet, which came from the Cumae alphabet, which came from the ancient Greek alphabet. The Greek alphabet has 24 letters, but the Etruscans had expanded that to 27. From that, the ancient Romans whittled it to the 21 letters they took to form the Latin alphabet.

And while the 21 letters in the ancient Roman alphabet do not correlate directly to the 21 in the Italian alphabet, I like the symmetry of the numbers. It makes me think there was some reasoning and logic behind it, y’know?

At any rate, here’s a rundown of the 21 letters in the Italian alphabet, including phonetic pronunciations for each one:

The five letters that are not in the official Italian alphabet are as follows:

Astute readers will notice that the Italian name for the letter “Y” gives you a hint as to its origin – it’s the “Greek I.” And “kappa,” the Italian name for the letter “K,” is also the name of the Greek letter. These five letters are, as mentioned, mostly taken from foreign languages (principally Greek) and used primarily in “loanwords” like the ones I talked about earlier. Incidentally, names can be loanwords, too. There’s no “J” in the Italian alphabet, but Italians are familiar enough with it that they know how to pronounce my name, for instance.

Today, regional languages and dialects are not merely tolerated but celebrated and, sometimes, enshrined into local law. But that wasn’t always the case. Not that long ago, the overriding belief was that if it wasn’t Italian, it was foreign. And foreign was bad.

And that’s what made things especially difficult in 1929. 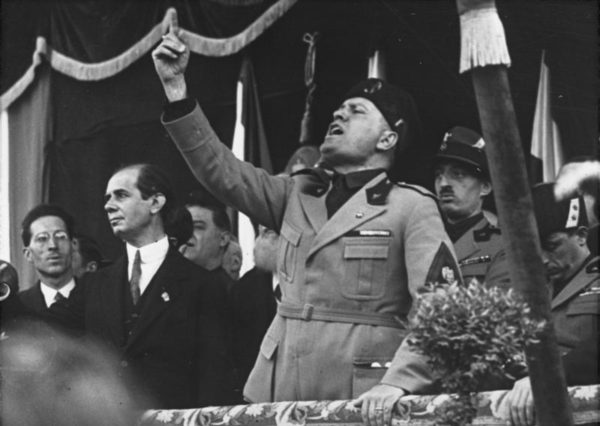 Censorship is a powerful tool that dictators have used to their benefit in lots of places and different time periods. When Benito Mussolini and the Fascists rose to power in Italy in the early 1920s, some of their earliest measures to expand and solidify their grip on the country involved censorship.

Mussolini’s government (which was made up entirely of Fascists by this point) was nationalist to the extreme (yes, that’s putting it mildly), promoting “Italianization” in everything to “avoid polluting the Italian culture.” So, on July 23, 1929, not even 70 years since the country was first unified, the Italian government banned the use of foreign words.

Perhaps some of you have already begun to sense where this is going, and why this particular bit of censorship was more problematic than it might have been in another country. In 1922, when Mussolini became Prime Minister of Italy, it’s estimated that only 12% of the entire population of the country spoke what could be called the Italian language. Twelve percent. The remainder spoke – you guessed it – a huge variety of regional languages, some of which bore little to no resemblance to Italian, and all of which were deemed “foreign.”

The goal, ostensibly, was to accelerate the rate at which citizens spoke the country’s official language. The Fascists wanted very much to get words from French, English, and other actual foreign languages out of popular use. But regional languages and dialects were lumped into the same category as French and English, with the speaking of dialects and regional languages strictly forbidden.

And that’s where we come back to where we started, with five letters being banned by the Italian government.

It wasn’t the letters, per se, that were banned, of course, but since they were only used in what the Fascists declared “foreign” languages, they were effectively blacklisted. Italian words were invented where none had existed. Names were changed.

Some of those changes have endured. Mickey Mouse is still called “Topolino” (“Little Mouse”) in Italy today. The enormous industry of dubbing foreign films into Italian had its origins in Fascism, when the practice was put in place to keep those pesky foreign words from ever entering an Italian’s ears. And, while many Italians still speak regional dialects or languages, the Italian language is essentially ubiquitous throughout the country.

Thankfully, however, the censorship didn’t last, and the five banned letters (and all the associated banned words) are allowed in Italy now. Italian was only codified as the official language of Italy in 2007, but that’s another story…

Here are a few other things I’ve written, for more fun tidbits about the Italian language:

12 responses to “Italy Roundtable: The 5 Letters of the Alphabet Banned by Mussolini”