The Hidden Synagogues of Venice 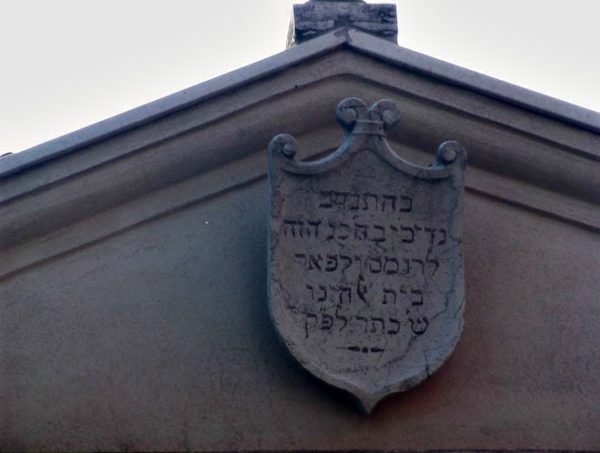 The Jewish Ghetto in Venice is the historic area where Jews were forced to live starting in the early 16th century, and it’s from the Venetian word “gheto” that we got the word “ghetto.” The neighborhood remains a center of Jewish culture in the city, although you’d be hard-pressed to identify any of the five historic synagogues – they’re hidden from view, and have been since they were built.

Jews had started settling in Venice from the 13th century, but even before the Jewish Ghetto was established in 1516 there were laws forbidding them from building synagogues. Thus, the five synagogues that remain in the former ghetto area today are all hidden, occupying interior rooms of existing buildings so that they would be undetectable from the outside. Three of the synagogues are part of the Museo Ebraico collection in Venice, from which you can go on a guided tour of up to four synagogues and other Jewish cultural sites.

Here’s an overview of each of the five synagogues, plus some links to guided Venice tours of the Jewish Ghetto and of Venice more generally. I’ve included photos of the interiors of each synagogue where I could find them; they’re truly works of art.

Guided Tours of the Jewish Ghetto in Venice

The oldest synagogue in Venice is the German Synagogue, built in 1528. It occupies the fifth floor of the building next door to the Museo Ebraico, and has undergone renovation work several times since it was first built. The museum’s collection of Hebrew art is housed inside the German Synagogue. It’s an ornately decorated (if irregularly shaped) synagogue, with an elliptical women’s gallery overlooking the room.

In the first image below, the four arch-shaped windows on the third floor of the middle building, where the windows on either end have open shutters, is the building where the synagogue is located on the top floor. 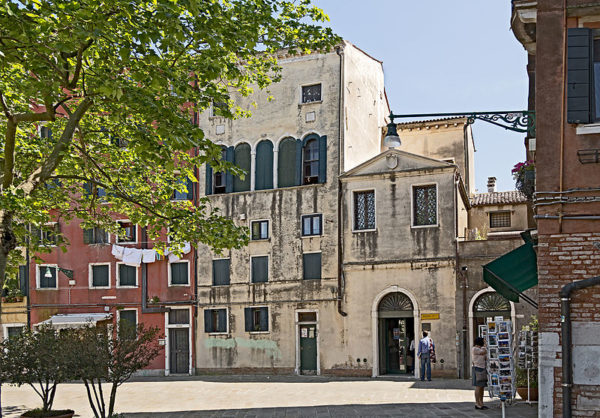 The next synagogue to be built was the Canton Synagogue, in 1531. It was a private synagogue for the families who had paid to build it, among them Germans, French, and Swiss Jews. The synagogue was renovated in the 18th century, which is why its decorations are more reflective of the Baroque era.

In the first image below, the tiny wooden room with the small, rounded turret on top is part of the Canton Synagogue. 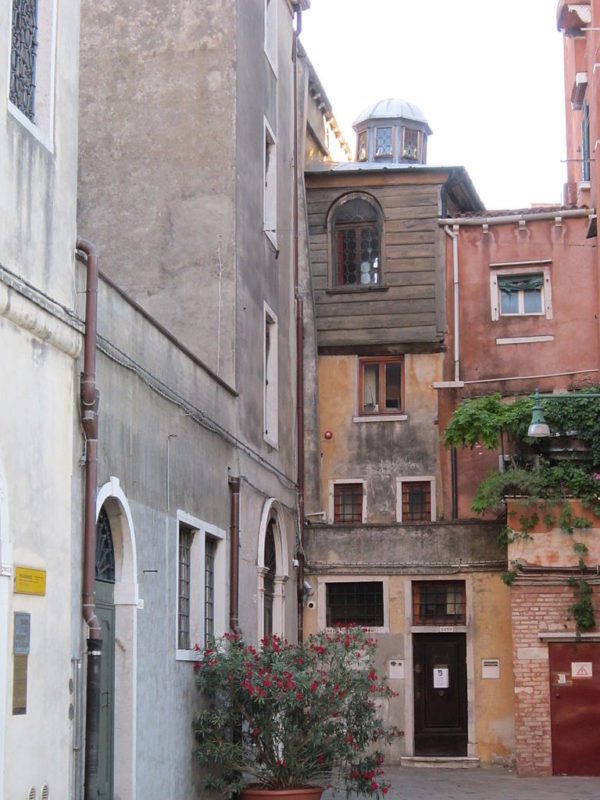 The Levantine Synagogue was built in 1541 for the community of Middle Eastern Jews. It’s on the top floor of a two-story building in the Ghetto Vecchio, and it has retained many of its original features. The synagogue was restored in the late 17th century and is still an active place of worship.

In the first image below, the synagogue is behind the tall, arch-shaped windows on the second floor. 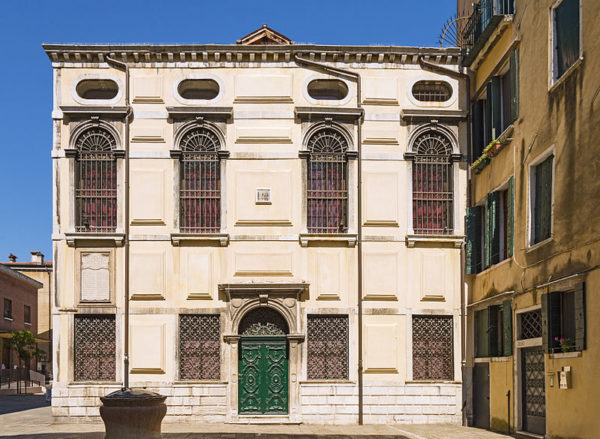 The largest historic synagogue in Venice is the Spanish Synagogue, built in 1550 for the community of Spanish and Portuguese Jews. It’s hidden inside the upper floors of a four-story building in the Ghetto Vecchio, and the interior is ornately decorated. There is an elliptical women’s gallery, three large chandeliers, and a sculpted wooden ceiling. This synagogue is still an active place of worship – it’s been in constant use since it opened in 1550.

In the first image below, the synagogue is behind the tall, arched windows as well as the small, square windows above them. 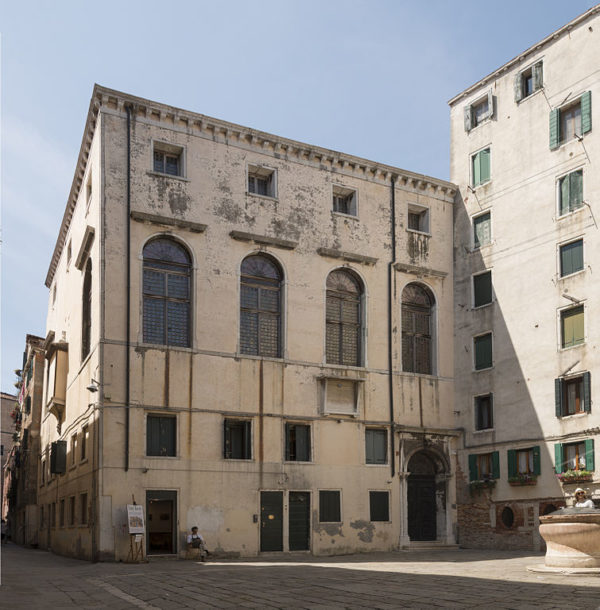 The Italian Synagogue, as you might guess, was for the community of Italian Jews. It was built in 1575 and is the smallest synagogue in Venice – it holds only 25 people. The Italian Jews were the poorest among the community, so their synagogue was the most simple. It’s on the third floor of its building, and was restored in 1970.

In the image below, you can barely make out what looks like a small church dome in back of the buildings that face the square. That’s the synagogue. I can’t find any share-able photos of the interior of this little synagogue, but you can see one image of the inside on this page of the Museo Ebraico website.

Read more about what to do in Venice